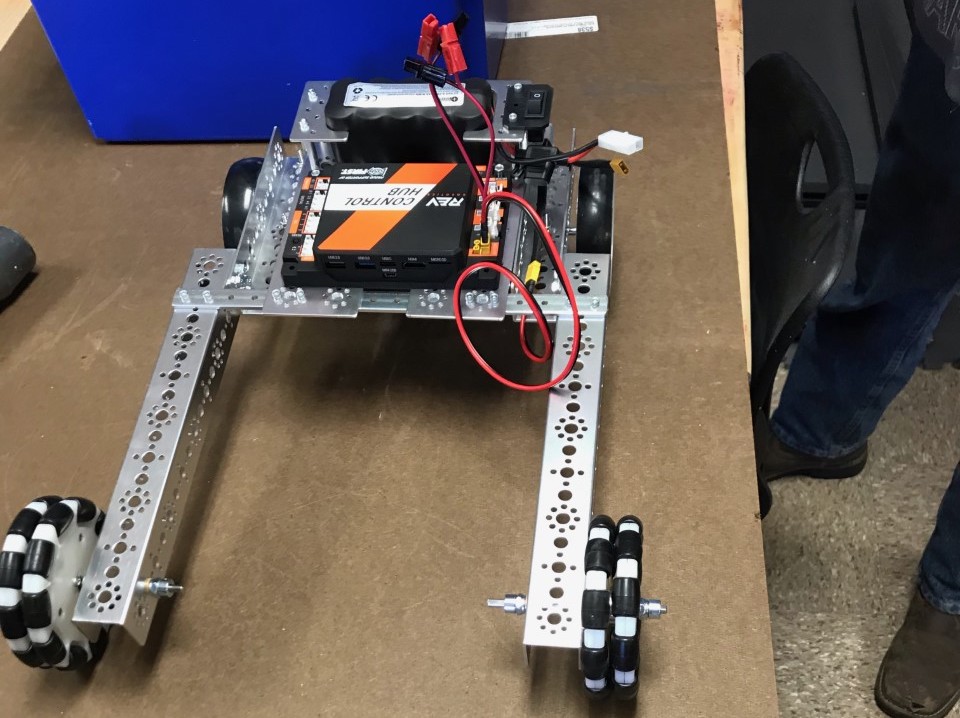 Ultimate Goal, a First Tech Challenge (FTC) game. In this game you are required to move a set of Wobble Goals (Draidles), and Taurus's around the field into final goals. This season we only had about 2 weeks to build our robot, but we managed to pull though with an Inventive award. Our robot was called Rush, named after the rushing that we had to do to get this done. It was designed and engineered by Jameson and Jacob, and programmed by Gai. It was designed to work around the constraint of the time limit we were given, as the parts did not arrive until two weeks before the competition